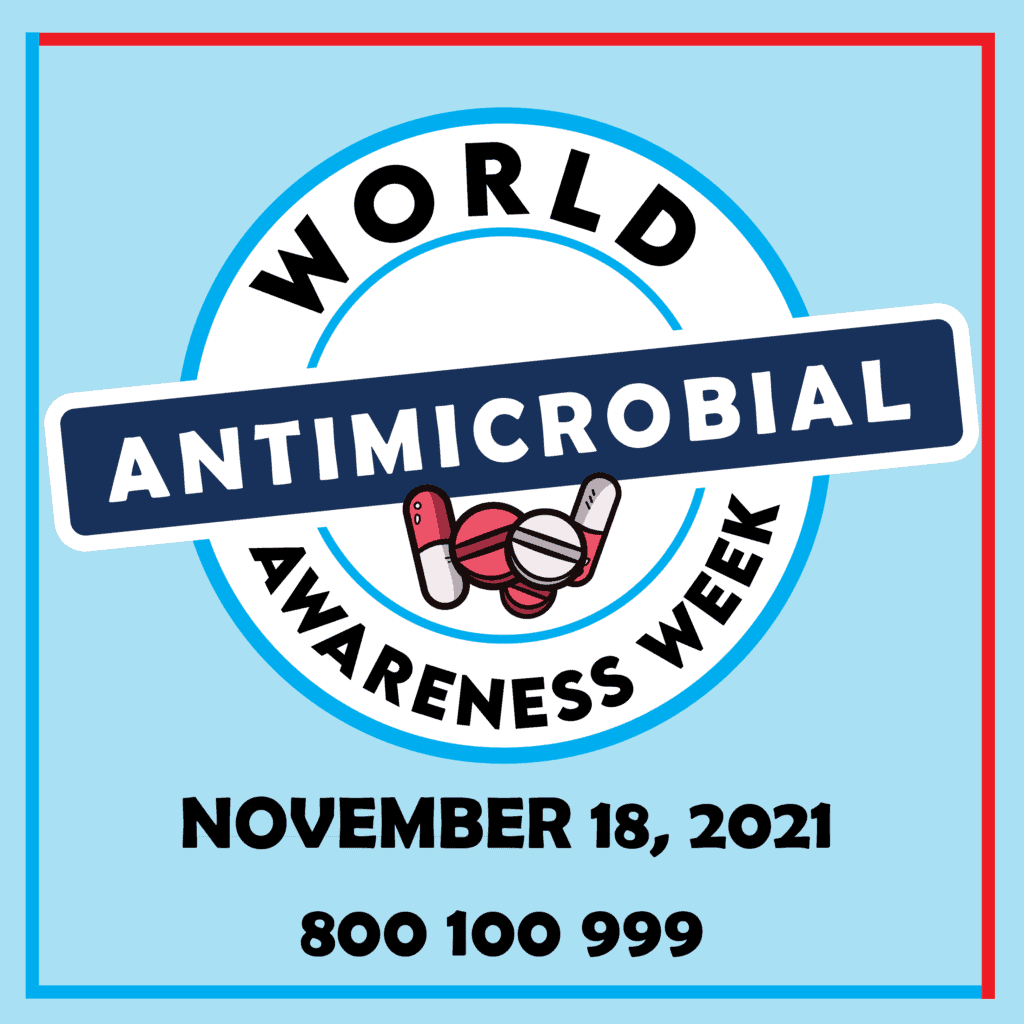 This year’s WAAW theme which was announced by the World Health Organisation (WHO) is: “Spread awareness, stop resistance“ with the slogan remaining as “Antimicrobials: Handle with care.”

It is celebrated between 18-24 November each year, the World Antimicrobial Awareness Week (WAAW) aims to increase awareness of global antimicrobial resistance (AMR) and to encourage best practices among the general public, health workers, farmers, animal health professionals and policymakers to avoid the further emergence and spread of drug-resistant infections.

Every year in November, initiatives are taken in many countries around the world to increase awareness about antibiotic resistance. According to experts, prudent use of antibiotics is one of the most important steps to deal with antibiotic resistance. This idea was put forward for the first time in Europe in 2007. After this decision, the European Centre for Disease Prevention and Control (ECDC) held meetings to discuss the issue and form a proposal for the same. They also decided to develop tools and materials that would be made available to different countries. This initiative was called the European Antibiotics Awareness Day (EAAD).

What is the importance of antimicrobials?

Antimicrobial resistance (AMR) threatens the effective prevention and treatment of an ever-increasing range of infections caused by bacteria, parasites, viruses, and fungi. AMR occurs when bacteria, viruses, fungi and parasites change over time and no longer respond to medicines making infections harder to treat and increasing the risk of disease spread, severe illness and death. As a result, the medicines become ineffective and infections persist in the body, increasing the risk of spread to others.

Antimicrobials – including antibiotics, antivirals, antifungals and antiparasitics – are medicines used to prevent and treat infections in humans, animals and plants. Microorganisms that develop antimicrobial resistance are sometimes referred to as “superbugs”.

Raising Awareness: Improving Use of Antimicrobials

Sustaining antimicrobial stewardship efforts is critical, especially now during the COVID-19 pandemic. This WAAW, spread the word about the importance of improving antimicrobial prescribing and use to:

Everyone has a role to play in fighting antibiotic resistance and protecting these important drugs for when they are needed most. We must all continue to take responsible action to protect antibiotics so that they remain effective for people and animals—using the right antibiotic, at the right time, dose, and duration.