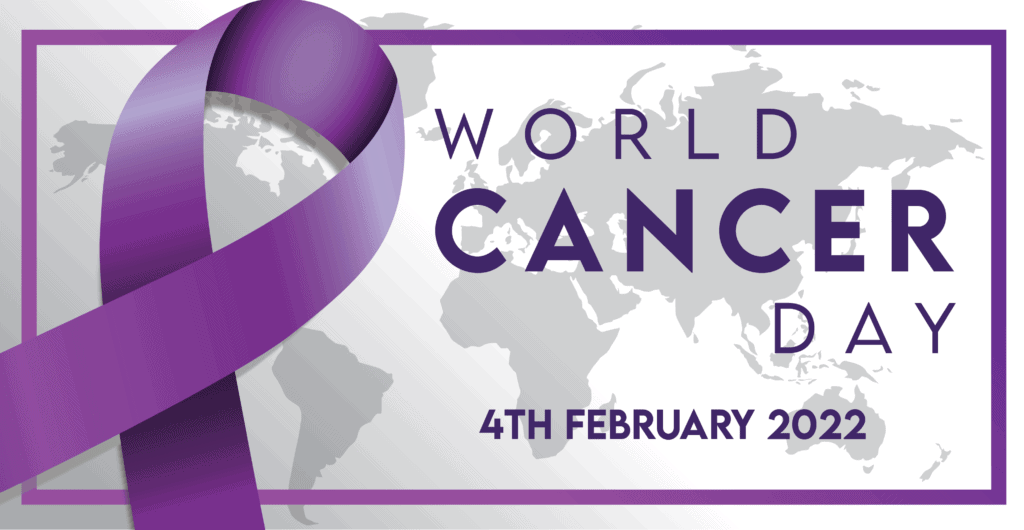 World Cancer Day held every 4 February is the global uniting initiative led by the Union for International Cancer Control (UICC). By raising worldwide awareness, improving education, and catalyzing personal, collective, and government action, we are all working together to reimagine a world where millions of preventable cancer deaths are saved and access to life-saving cancer treatment and care is equitable for all – no matter who you are or where you live. Created in 2000, World Cancer Day has grown into a positive movement for everyone, everywhere to unite under one voice to face one of our greatest challenges in history.

World Cancer Day, an annual observance held on February 4 is intended to increase global awareness of cancer. World Cancer Day originated in 2000 at the first World Summit Against Cancer, which was held in Paris.

Cancer is a disease that occurs when changes in a group of normal cells within the body lead to uncontrolled, abnormal growth forming a lump called a tumor; this is true of all cancers except leukemia (cancer of the blood). If left untreated, tumors can grow and spread into the surrounding normal tissue, or to other parts of the body via the bloodstream and lymphatic systems, and can affect the digestive, nervous and circulatory systems or release hormones that may affect body function.

Cancer tumors can be divided into three groups: benign, malignant, or precancerous

Cancer awareness has become exceedingly important in the 21st century. While there have been numerous advancements in the understanding, diagnosis, and treatment of cancer—factors that should contribute to the decline of the disease—the number of new cancer cases diagnosed each year has globally continued to increase.

The test can identify 16 types of cancers and determine suitable treatment methods.

The early success of this technology makes it the first blood-based test in the country that not only detects cancer but can also aid in determining the appropriate treatment for patients. Details about the hPG80 test were revealed on the final day of Arab Health 2022. The test is the first of its kind in the world that is capable of detecting the presence of cancer in the body even before initial symptoms appear.

Shedding light on the new test and the recent statistics on cancer in the UAE, Dr. Hisham Al-Hakim, president of the American Spine Centre and chief medical officer of Balsam, said: “There is new hope for cancer patients. The hPG80 test is characterized by high sensitivity to detect tumors.

Dr Dominique Joubert, director of research at the National Institute of Health and Medical Research (Inserm), France, said: “The analysis of (hPG80), which was invented and developed in France, has proven its effectiveness in detecting more than 16 types of cancer in the very early stages of the formation of cancer cells.”

She explained that the main outcome of the study is the documentation and approval of the new blood test and its high accuracy in the early diagnosis of cancers. It is also the fastest way to diagnose diseases and determine the appropriate treatment for patients.

“This, combined with traditional screening methods, can be useful for detecting breast, colon, and lung tumors, which leads to timely intervention and improvement of treatment results, in addition to reducing the death rate due to cancer, and avoiding its transmission from one organ to another,” she added.