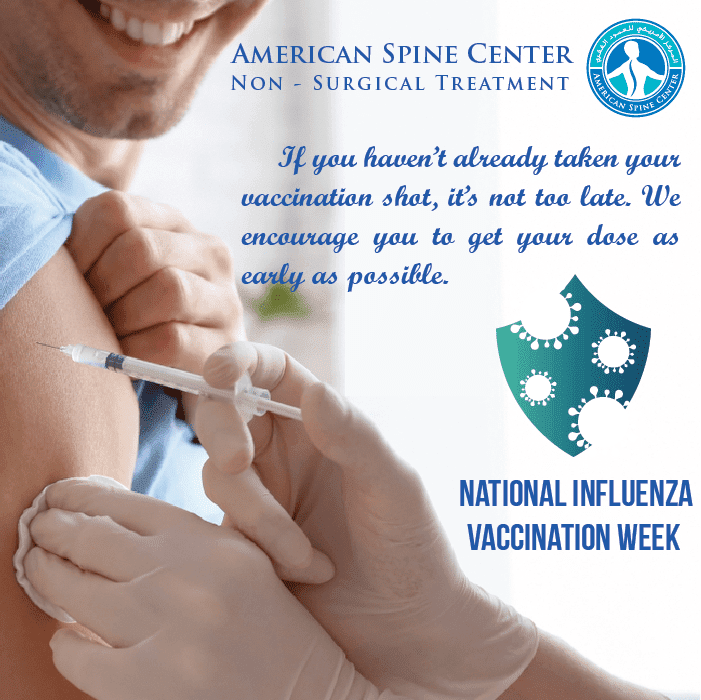 National Influenza Vaccination Week is a national awareness focused on highlighting the importance of influenza vaccination. It is a gentle reminder for you to stay protected in the upcoming winter months. If you haven’t already taken your vaccination shot, it’s not too late. We encourage you to get your dose as early as possible. The season for flu is quite unpredictable; it can begin as early as fall and last up to spring.

Conventionally, flu activity is at its peak during winter, and so public healthcare professionals, advocates, and communities join hands to promote flu vaccination. Many people tend to show a cavalier attitude toward flu, dismissing it as a bad cold. But it’s more than that. It can cause serious health complications, such as bacterial infections or pneumonia, and can get you admitted to a hospital. If not treated at the right time, the flu can even lead to death.

Has any of your grandparents ever mentioned the Spanish Flu? Also known as the 1918 Influenza pandemic, the Spanish Flu was one of the deadliest flu outbreaks in human history. Caused by the H1 N1 influenza virus, the disease spread across the globe, toward the end of World War I. The earliest case of the flu was detected in military personnel in Kansas, in March 1918. The Spanish flu infected almost one-third of the world’s population, in four successive waves. It recorded a high death toll, ranging from 25-50 million worldwide, killing 675,000 people in the U.S. alone. The high mortality rate among young adults, between the ages of 20 and 40, was a remarkable feature of the influenza pandemic. Although vaccination against influenza began in the 1930s, it was only until 1945 that it saw widespread availability among civilians in America. One of the lead researchers of this vaccine was Dr. Jonas Salk, who is best known for developing the polio vaccine in the 1950s.

This influenza (flu) season, more than ever, is indeed critical that everyone age 6 months and older gets a flu vaccine to help reduce the spread of flu and associated complications that can lead to hospitalization and death. This will not only reduce illnesses and save lives but can lessen the burden on healthcare systems and help preserve medical resources for the care of COVID-19 patients.

Most people who get sick with flu have mild illnesses and will recover in less than two weeks. However, some people, including those with chronic health conditions, are more likely to develop serious flu-related complications, even if those conditions are well managed. During most flu seasons, 90 percent of adults who are hospitalized with flu have an underlying medical condition. Among the most common during the 2019-2020 season were cardiovascular disease (47 percent), metabolic disorder including diabetes (43 percent), and obesity (41 percent).

Annual Flu Vaccination is the Best Way to Protect Against Flu

CDC recommends that everyone age 6 months and older get a flu vaccine each year as the best way to protect against flu and related serious complications. Flu vaccination is more important than ever this flu season. The more people vaccinated against flu, the more people protected from flu—and the less likely that flu can spread, keeping people out of healthcare offices and hospitals, preserving limited medical resources to care for COVID-19 patients.

Why is Flu Vaccine Very Important?